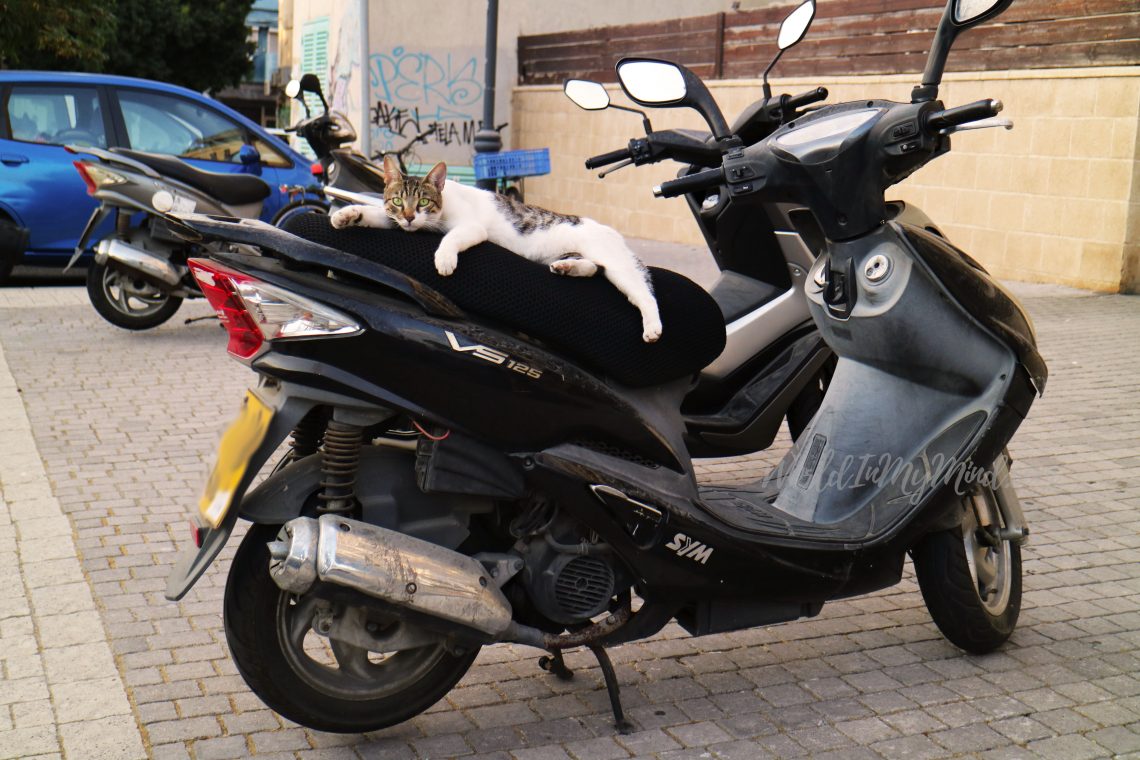 During The Job Search, I wanted to tell everyone who dared to ask me how my job search was going to kindly mind their business. Just in case.

I learned EVERYTHING: how to write and tailor my resume to each position (font, font size, white spaces, what to include, what to cut off, and million other tweaks and fine-tunings), how to craft the perfect cover letter, the best time to apply for 13% (!) higher chance to get invited to a job interview, the best colors to dress in, when to arrive, the only appropriate handshake and body postures, what to say, what to absolutely avoid saying, when to send a thank you letter and how to properly thank for their time wasted with you…

I learned the hard way that if a recruiter/HR persona calls you, they will interview you over the phone before you even have a clue what’s going on. Short and sweet. Start-ups don’t even bother with pre-screening: I have always appreciated straightforward invitations to job interviews. The other big secret I learned is that if I missed a call, I almost certainly waved goodbye to an opportunity so much longed for. No follow-ups and magic spells help here. I’m still getting over a missed call which happened to be an interview for my dream job. What’s more, a few years of work experience compensate for lacking higher education. Why go to school?!

What I didn’t learn is how to fight prejudice, bias, and xenophobia.

The fun behind interviews

On the not-so-dark side, job search (and hopefully job interviews), can even be amusing:

– ”You didn’t study here (in Norway). We offered the job to someone with a relevant education”. Hmm, I thought investing in education was a smart thing to do in life.

– An offer to create an A-Z marketing strategy for % of possible sales. No, thanks.

– After asking about job-related challenges, the interviewer answered, laughing: ”No one here has a clue what they are doing”. A confession followed: he didn’t have an idea of digital marketing. My enthusiasm skyrocketed instantaneously.

– ”Are you married?”, ”Do you have kids?”, ”How old are you?”, ”Do you have epilepsy?” – some of my favorite questions which, coincidently, are illegal (in other countries). I still wonder in what way this information is relevant to my professional qualifications, skills, and experience. Life’s mystery!

– ”You don’t have a startup experience”, despite that I have written that in my CV. After pointing this out, the person told me that he meant to have started my own company. If I was a (co)founder/CEO, I very much doubt I would have applied for an internship position.

– An application for my dream job. It was even in English, I was qualified and over the Moon. I got an interview invitation and even more butterflies in my stomach. A day before the interview I got a call that they had decided to cancel the interview. What sounded like a junior position favored senior applicants. More experience doesn’t necessarily mean expertise and detailed task execution. I strongly believe that there should be professional training in writing job descriptions that accurately depict desired qualifications and experience. Time, hopes, and some nerve cells were wasted. Let go and move on!

– Wearing an elegantly casual outfit, I was welcomed by two highly contrasting to each other characters: one of them was dressed like a real estate agent, formal and polished, the other one was wearing jeans and a sweater. While they were grilling me with behavioral questions, the latter showed a middle finger – to illustrate something. Why didn’t I leave? I was too curious!

– Interviewers decided to show off their socks and conducted the interview barefoot. At first, I hesitated to take off my shoes, however, I remembered that I only remove my shoes at home, when I visit someone, and in Buddhist temples. I trusted my intuition. I assume that they hired the candidate who took their shoes off.

– The interviewer wore a ski hat during the entire interview. How cool! Another interviewer had a hole in his jeans in a very strategic place – his crotch. In addition, he was using snus, a popular form of smoking in Norway by placing a small bag with tobacco under the upper lip. During official meetings too.

– After arriving on time for a job interview, I quickly found out that I had to either wait for an hour outside or come back later. The man on the phone strongly believed that the interview was scheduled an hour later. So long and thanks for the fish.

–  ”The market is tough and it takes a lot to be the best candidate”. My 50 cents on the topic: it takes the following things to really determine who the best candidate is – to be a professional psychologist, to have an intuition for people and look beyond the CV, and to be a skilled and knowledgeable marketer who can recognize the candidate’s qualifications and achievements.

–  A startup company. I was interviewed in a conference room designed as a bedroom, with an actual bed, pillows, etc. For the record, we were not in bed. The guy had huge color tattoos on both arms and on the chest, was wearing colorful socks, the conversation was casual and fun. A puppy was running back and forth outside the room and everyone was barefoot. Best interview experience!

– Among the interviewers was the company accountant who obviously didn’t have a clue about marketing. Next time I expect to shake hands with the janitor and why not the electrician.

– I offered to send a work sample in English. ”We understand English more than you understand Norwegian”. I appreciate directness, however, it was not in place this time.

– An interviewer called to inform me that I’d been rejected (it’s just easier and more pleasant to send an e-mail, no?). After asking for feedback, their answer was ”we didn’t find out who you were as a person”. Well, no one knows who I am as a person, especially when I have to answer questions that don’t specifically dive into my personality.

– ”There should be chemistry”. Huh? I thought that was a job interview, not a date.

–  The interviewer refused to answer my question, pointing out that the information was in the job description. Are you sure? I want to go beyond the job description which is mostly fluff anyway. And yes, you have asked me stupid questions the answers to which are in my resume.

– Many job posters, including marketers, ask to send CV via email. What the hell is GDPR and why would anyone care?!

–  An interview at a company that produces supplements for pregnant women and those planning to become pregnant. The smart-ass interviewer decided that it was very cool to give me as a gift one of their products. Faux pas!

– Catch me if you can! A month after I had applied for a job, I still couldn’t get in touch with the co-founder. He kept asking when I was available for an interview and never set up an interview. Unreliable teams and wannabe companies? Again, so long, and thanks for the fish.

– An interviewer presenting himself as a ‘dr.’  informed me that the video interview was going to be recorded. In addition, I had to provide references before I was even interviewed. Well, I don’t do such things. Ever. Luckily, he agreed to a conversation. The surprises continued as he was in a very noisy café and I could barely hear him. Additionally, he was drinking what seemed to be a beer. He clearly wasn’t taking the conversation seriously. I felt empowered in front of the plain white wall, professionally sitting in my chair, straight back, eye contact.

– The feedback I got after an interview was that I was ‘mechanical and rehearsed’. Obviously, if you know your skills and are able to explain your work experience quickly and without thinking too much, is seen as rehearsed.

– I applied for the job of my dreams (again) at a startup. They specifically asked to put effort into the application and make them select you among the very many applicants they receive. I answered the questions to the best ability, gave work-related examples, etc. I made it to the first round! The girl was pleasant and I had a positive feeling about the conversation. The feedback was quick and the CEO invited me to a second interview. He said that the previous interviewer spoke very highly of me and he looked forward to talking to me. 4 hours later he canceled the meeting with a vague explanation. Of course, a rejection followed. Did they discover a dark secret about me? I felt like a former convict whose crimes were revealed.

–  According to the CEO, they’d received 600 applications and mine was among the top 15. Not sure if they wrote this to impress candidates – I didn’t feel special. The startup wanted to eliminate bias and gave applicants nicknames to solve a case online. I turned into a Blue Chimpanzee for two hours and competed against Orange Elephant, Indigo Gorilla, Green Zebra, among others. I loved that at least one company cared about prejudice in the hiring process until the inevitable questions ”Where are you from? Where did you live before? Were you born in New York? Are you married?”.

–  I was 100% qualified for the job but got a rejection and asked for specific feedback. They said they’d hired someone they knew. I hope other companies don’t hire their acquaintances.

–  ”Do you have alcohol problems?” a.k.a. ”Are you an alcoholic?”. Call me old-fashioned, but I am very indignant at such professional job interview questions in this modern world.

– ”I couldn’t find you on social media. Are you hiding something?”. Yes, I hide from sniffy noses.

Who said job search is painful, miserable, and depressing?! 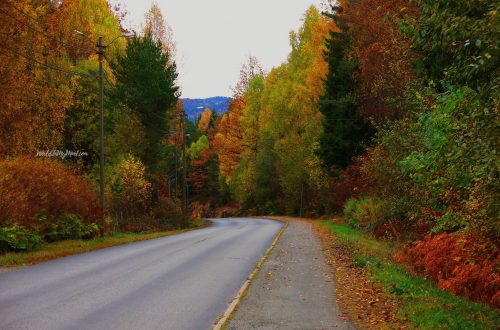 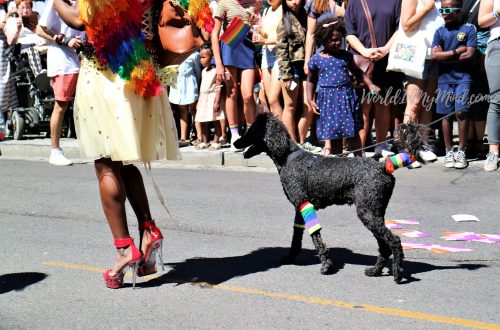 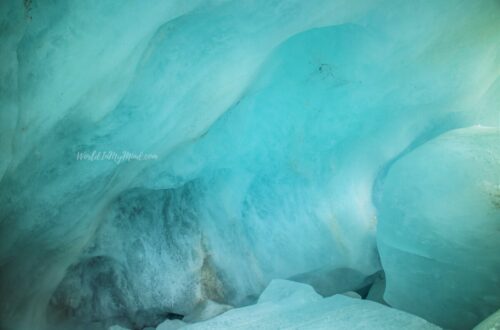